MicroNeuron.com
Please excuse the grammar, I understand, but this information I felt was so important
I thought id better to just put it out now and correct it along the way
I know its difficult but you will understand even with the many errors .

The origins of space consciousness and life itself

Space pulled out of nothing 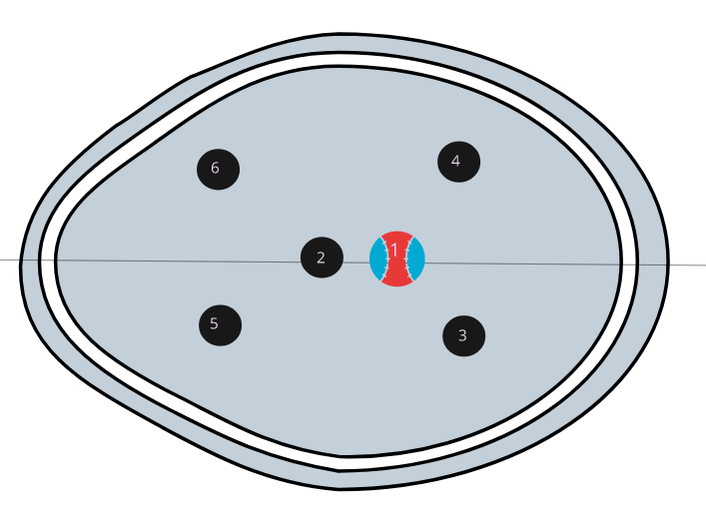 Please see our consciousness page whereas I believe life follows the same
creation order as space itself and the cell achieves consciousness at the same point. That consciousness can't be realized in this realm it is however understood by the universal consciousness. Which is the highest level of consciousness, therefore life is at conception and Im a sinner, I confess publicly here and now with the deepest regret, now that I understand. :( 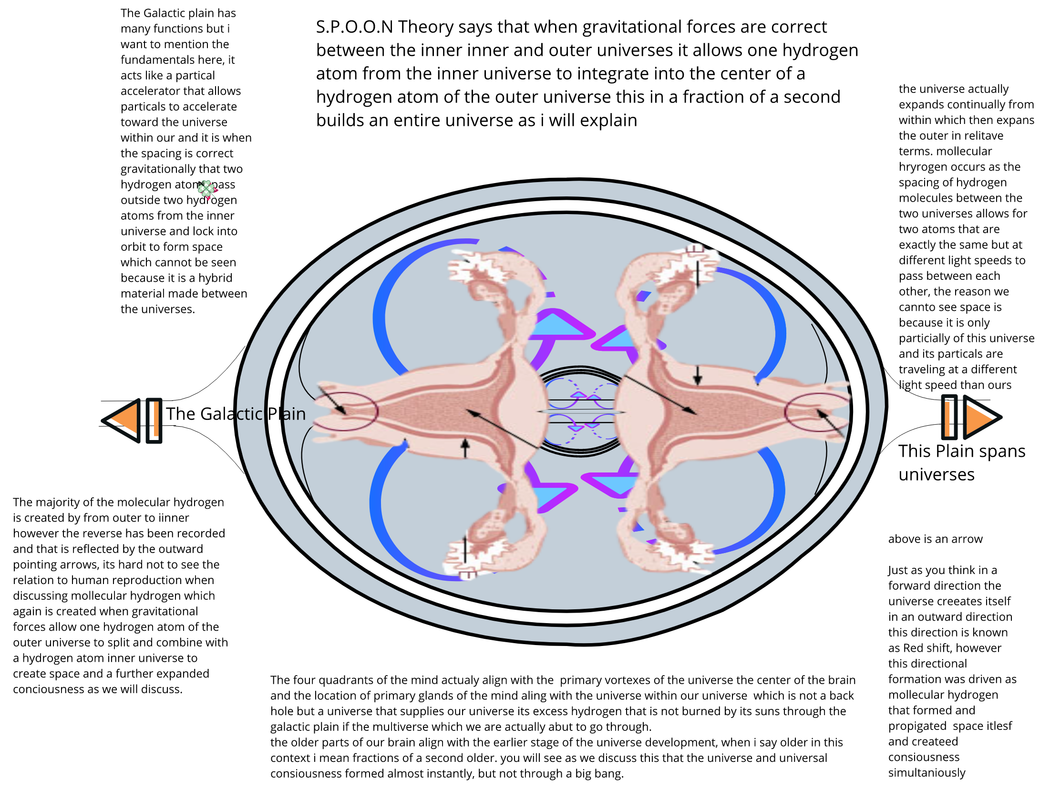 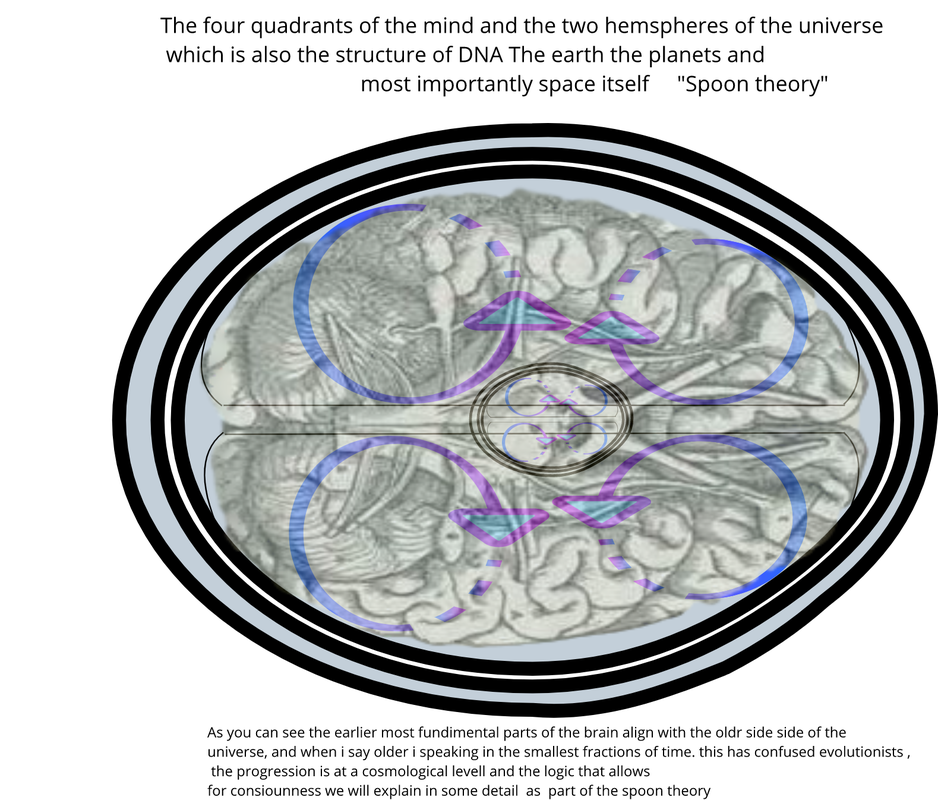 Note the older side of the universe is the larger side of the Egg sort of speak, this explains red shift as opposed to the Big Bang 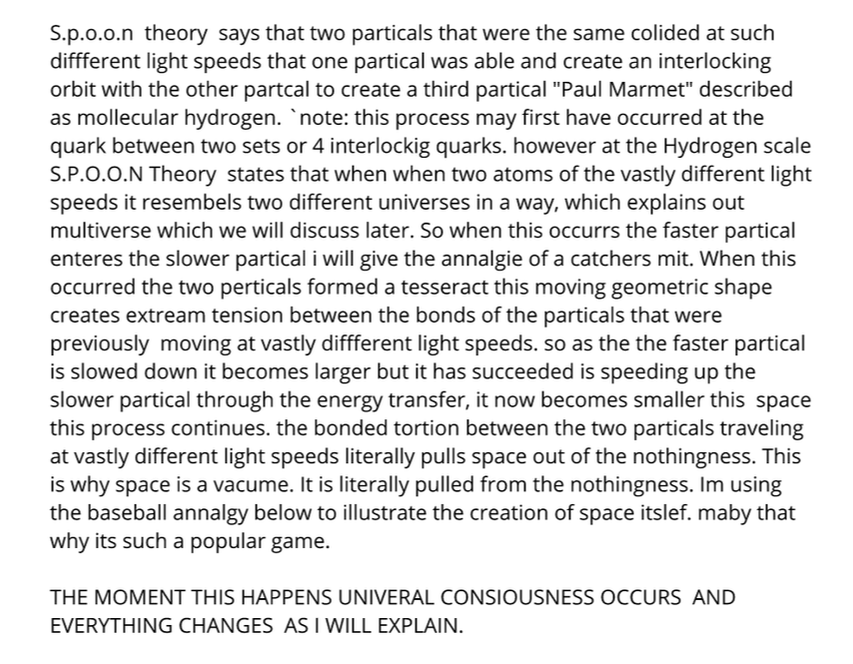 If you notice the the the tesseract forms a pyramid as one stage of its movement in reality the pyramid would be almost perfect because the small end would be the size of the fast moving hydrogen atom. 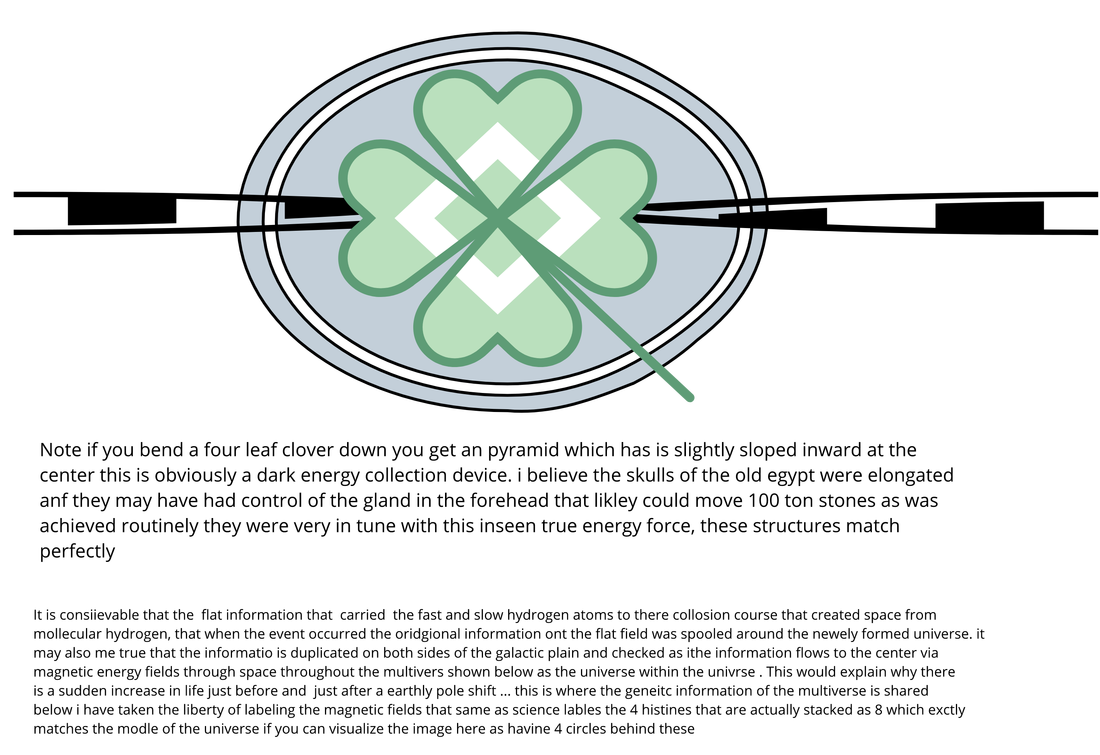 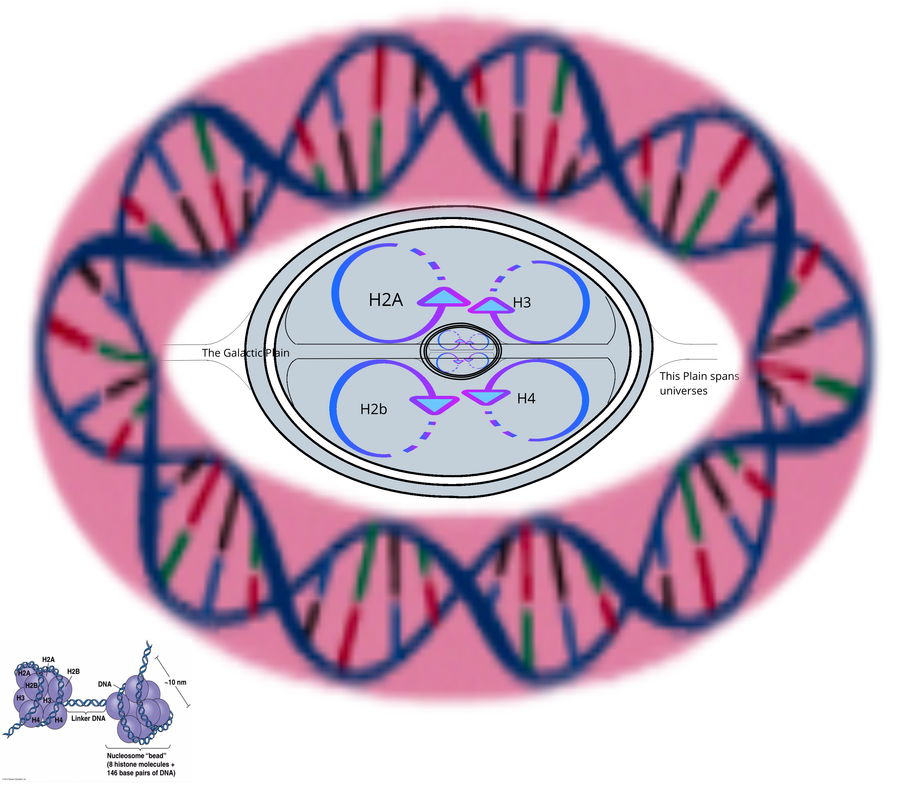 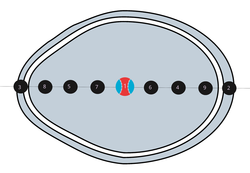 I Just want ti mention that the deep lakes of the earth are very likely past poles and the reason they are so deep is due to electrolysis that removes material from the poles. electromagnetic waves of dark energy enter the sides of the planet and exit the poles, the water is flows opposite the molecular hydrogen because the magnetic waves polarize the space and it actually swims like a jelly fish if you look carefully at the tesseract, this is also why we are seeing reports of new types of jelly fish is freshwater lakes, all life is born in fresh water. this is the reason there is fresh water even on small island .. the water is always pulled from the center to even the tops of the mountains by the dark matter which is really 4 dimensional hydrogen. but most importantly when we pass the galactic plain we pass the DNA of the universe this is why the there is always a mass extinction during a pole shift and then new life. When the poles shift the planet shifts approximately 90 degrees at once. This brings the polar lake to the equator, from there life new life can exit the lake and the new atmosphere in the deep waters of the lake can be released which will replenish the oxygen lost by the magnetic changes and realignment process.

IF YOU HAVE READ THIS FAR YOU ARE A VERY LUCKY PERSON  :)

This earthquake graph speaks for itself.

People of the East coast of the Northern hemisphere should be 600 feet above sea level and everyone should have oxygen cans because the air may get very thin and your body will need time to adjust.

People on the West coast of the Southern Hemisphere should be 600 feet above sea level and everyone should have oxygen cans to give you body time to adjust.

The same hold true for lakes people need to figure out there orientation, the planet is going to roll clock wise the pivot point is roughly the equator. The water will come over the land counter clockwise, off grid power and lots of warm clothes.and of course food.
This drawing over exaggerates the angle of passage it is likely 23 degrees the reason being this would explain the tilt of the earth in relation to the Sun since the earths pole is pinned to the galactic plain pole and the sun is come unlike an air plain landing. interestingly is also explains the long thin shape of the deep lakes because this changing tilt as the solar system radiuses to toward and from the plain perfectly explains the shape of the deep lakes the first and deepest is lake baikal in Siberia  together with Tanganyika of Africa. Now it is so important that we realize that we are all created in Mother Earth herself and end the religious wars that divide us. now that we realize Mother Earth is alive we need to protect her. 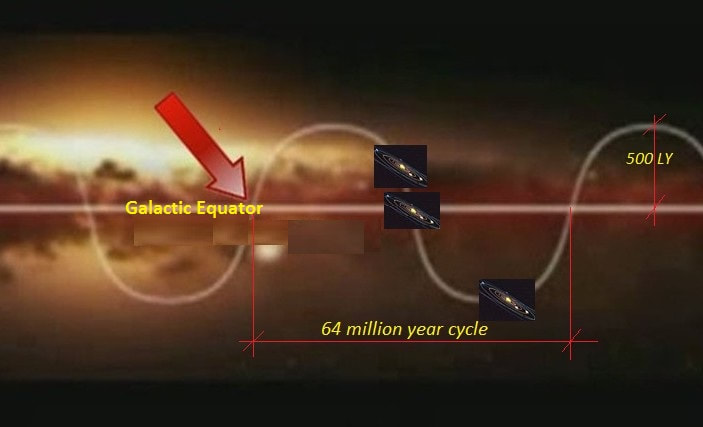 Lake Bakial, Lake Tanganyika, were first and likely reflect our when our solar system first left the galactic plain. which against the birth canal of everything with the multiverse. Our system and most others are thrown off of the Galactic plain when one Sun achieves fusion and the super gravity in many cases pulls a planet into the sun in the case of our system the impact was likely a gas giant planet which would do the least amount of damage to the Sun. 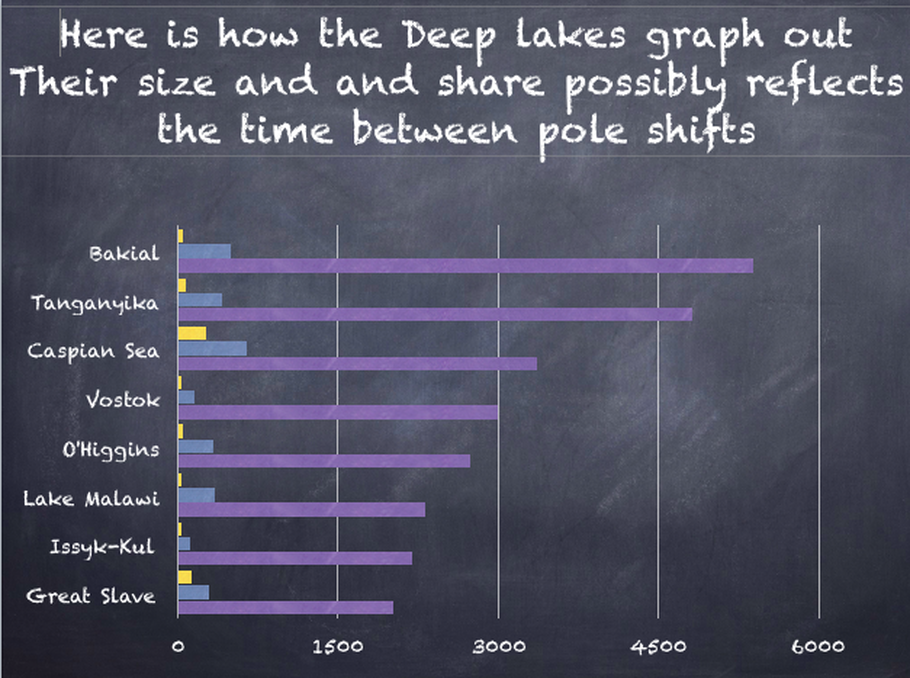 Regarding global warming
THE PLANET IS SUPPOSED TO GET HOT RIGHT NOW SO THAT WHEN THE POLE SHIFT OCCURS THE THE ARTIC MELTS QUICKLY ENOUGH TO RELEASE THE OXYGEN BUILT UP AND CREATED BY Mother Earth TO PRESERVE US, THE CHEM
TRAILS COULD LITERALLY KEEP THE PLANET COLD ENOUGH TO CAUSE A MASSIVE SUFFOCATION.