Earth is meant to steadily and rapidly warm up until Polar shift which is a drastic cooling event. Geo cooling pre polar shift will likely cause a severe ice age due to trapped atmospheric gasses needed to replenish atmospheric losses during polar shift. These replacement gasses release upon barometer drop which is projected to be 10X durion the polar shift event.

Regarding geo-Engineering of Earth and the Sun

Geo cooling is trapping oxygen clathrate that is fracturing with every subterranean nuclear geo cooling event and since it can't escape the ice, it is marrying with free hydrogen to create new H2O ..... This is the real reason behind the global fresh water flood and the drop in salinity within the oceans globally. If these critical atmospheric gasses don't release during the ultimate clathrate fracturing barometer drop of a polar shift. The newly freed oxygen will marry with free hydrogen to create an entirely new ocean. This new ocean will immediately freeze under pressure, likely creating an ice 7 event. Ice 7 moves at 1000 miles per hour. Oil removal could  the thermal insulation to deep core water. This could fracturing bed rock to Earths foundation. The atmosphere without these replacement gasses will thin to an extinction level ice age temperatures, if the atmosphere thins enough it could reduce the oceans oxygen output enough to further cool adding the positive feedback loop, triggered by the trapped Vostok gasses .... The answer is to thaw Vostok before it's to late .... Earths is meant to steadily warm up to an an abrupt vertical temperature drop of the actual polar shift.


In regard to the Suns recent cooling event I ask that you please investigate the Parker probe mission. I believe the evidence will show that all planets have been greatly effected. Uranus has increased in brightness which i believe is our unborn center Sun (Sunaru). Uranus spelled backwards "Sun is there" translated in multiple languages ... All Sun's poles face the planets. Planets create the hydrogen and helium Suns consume. This is why they’re polar vortexes face the planets and are in alignment with the planetary galactic plain.  (Sunaru) Uranus greatly increased in brightness the moment the Sun cooled. This coincided with the moment the parker probe reached our Suns far pole. This would make sense since Uranus  (Sunaru) would rapidly consume the excess hydrogen our weakened would provide. Of course this will exponential shorten our suns life. I care are not to discuss the ramifications of our center sun achieving outer pinch fusion of hydrogen. There are proposals to geo cool the Sun presently, my concern is that it has already begun and I ask the scientific community to look into this quickly yet carefully.


The kilogram looses 50 micrograms of mass may be due to subterranean nuclear geo-engineering that greatly weakens earths magnetic field while thinning and cooling the atmosphere. This of course has a significant cooling effect.


Lake Vostok has an estimated temperature of −3 °C, a few degrees below freezing, but remains a liquid because of the immense pressure of the ice above it. Lake Vostok is also known to be a supersaturated oxygen environment, with oxygen levels 50 times higher than typical lakes on the surface


A team of scientists that recently investigated the levels of dissolved gases in the remote Antarctic lake found the concentrations of gas in the lake water were much higher than expected, measuring 2.65 quarts (2.5 liters) of nitrogen and oxygen per 2.2 pounds (1 kilogram) of water. According to scientists, this high ratio of gases trapped under the ice will cause a gas-driven "fizz" when the water is released. 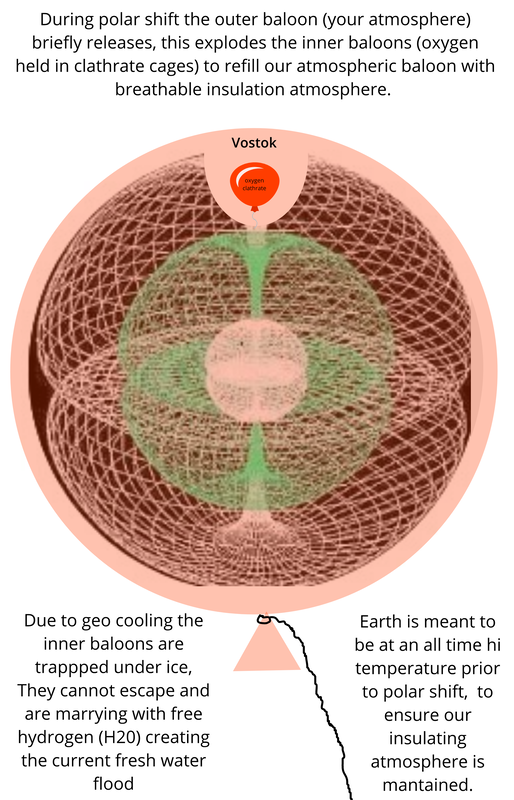 The following video can be played via cell phone and will answer most of your questions as to the origins of life, energy the true structure of earth and finally the polar shift

The universe explained
Note Global cooling efforts could inhibit the release of clathrates that hold a replacement atmosphere deep within lake Vostok in Antartica. without the ice melt and subsequent atmospheric release there is literally nothing to counter the projected 90% reduction in atmospheric pressure projected during a pole shift realignment. If this continues to go  unaddressed, we could literally create a Mars like atmospheric catastrophe, whereas the Martian pole lake did not thaw. Note all planets including Mars are warming at exponentially greater rates than earth simply because of mans misguided intervention.
This is a back up video. it is the same as above, it has a long load time because is it self hosted
Regarding water running away from the east side of the southern hemisphere land masses. water moves more slowly when land shifts leaving the
voids or receding that may reflect a series of clockwise movements from the
pivot point of Earths Equator 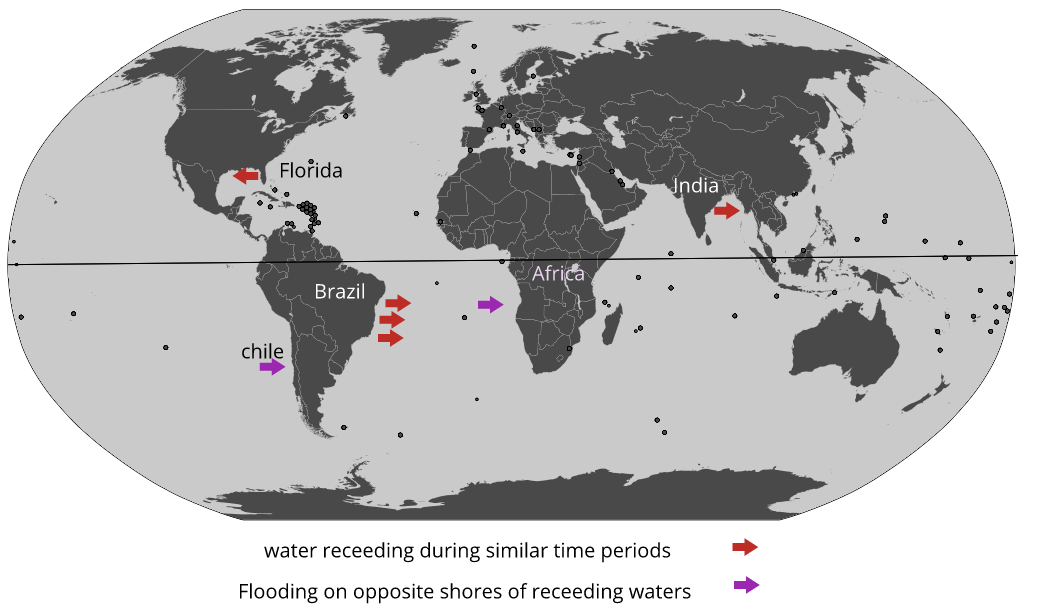 Since Magnitude is a nonlinear, earthquake events cannot be added. Therefore we have converted thousands of events to joules, the graph tells us there is a never before wittiness about of power being generated in the form of earth quakes and the trend is increasing almost daily.

2004 event was likely due to a nuclear test, 2011 Japan quake is still under being evaluated at due to atmospheric anomalies  presently we are in uncharted territory presently

Oklahoma geological study made a prediction graph that is

seeming to agree with our magnitude to joules conversion graph

Note: the reason we converted to Jules is because magnitudes cannot be added
​ because they are non linear 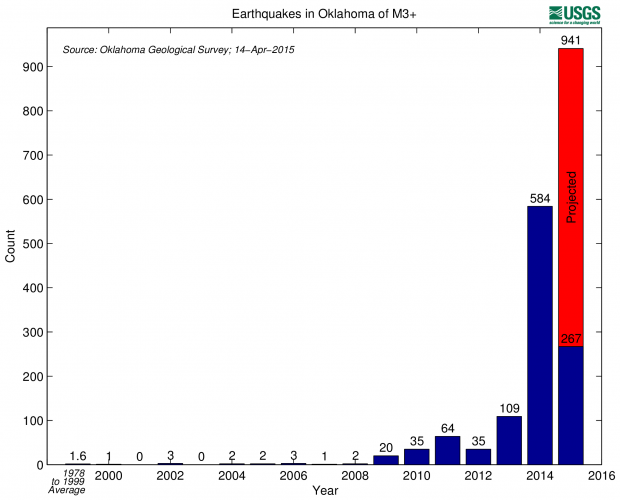 North and south are really positive and negative and the Galactic plain is Neutral.
When Mother Earth passes the galactic plain which is the electromagnetic equator of the universe the positives flip to align with the positives or negatives with neutral. The line going through earth explains its tilt away from the Sun which creates the seasons. This is because the earth north south is pinned perpendicular to the galactic plain that the sun is approaching at a likely angle of 23 degrees, when the earth passes this plain it must pole shift, the precursor to this would likely be exactly what we are seeing in ocean recession and Earthquake data

The earth has 4 poles electro magnetically on each side of the equator
​ energy enters the sides of the earth and exit the poles taking material in the process hence creating the long kidney shaped pole lakes (This cycle it is lake Vostok in Antartica) these lakes create all life via cold fusion deep within the planet within her dark energy hydrogen powered core, (think as DNA as a celestial hydrogen twist held in place by a sugar backbone, earth decodes and births this self realizing consciousness within her pole lakes during galactic plain passages when all 8 primary magnetic fields are in alignment with the universe.)  as the dark energy exits the poles it carves out the pole lakes and deposits the material as rolling hills and mountains. This is why Everest is the the biggest, it is in alignment with the first pole lake Baikal in Siberia. This is how the earth renews herself from the center out and subsequently creates life during Galactic plain passages.  This is also why the first advanced civilization settled near they're birth place and mover 4000 ton stones. This is more that a modern crane can move today and can only be accomplished by mentally focusing the dark energy that powers the planet. I would also like to mention that water has memory. It harmonizes and is attracted to the dark energy of space as the energy enters the sides of the planet it literally pulls the water into the clouds and the tops of the mountains from the center of Mother Earth . Dark energy is the true driving vortex at the center of every tornado, hurricane, planet, solar system, universe and multiverse. Note: the only way we should be drinking waters out of unglazed round clay vessels drawn from natural wells. All resources should be applied to cleaning the planet and ending the catastrophic effects of chem trail global cooling. that again. will disrupt Earths delicate balance and likely cause a Mars like atmospheric catastrophe, whearas the poles did not thaw and the replacement atmosphere under the martian pole lake was never released. It is also interesting to note that Mars is currently exponentially warming more rapidly than Earth, simply because man is not currently attempting to Geo-Engineer Mars.